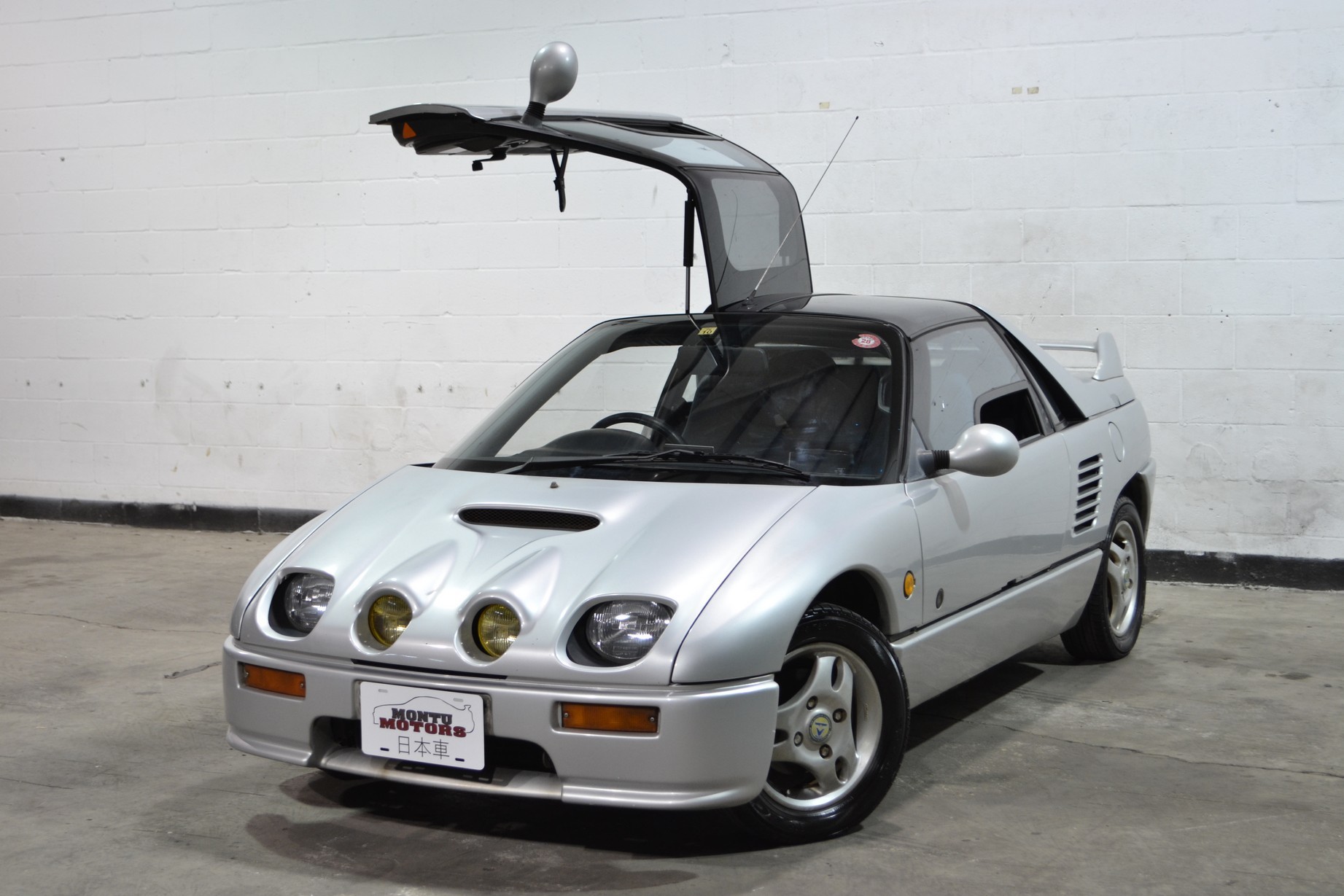 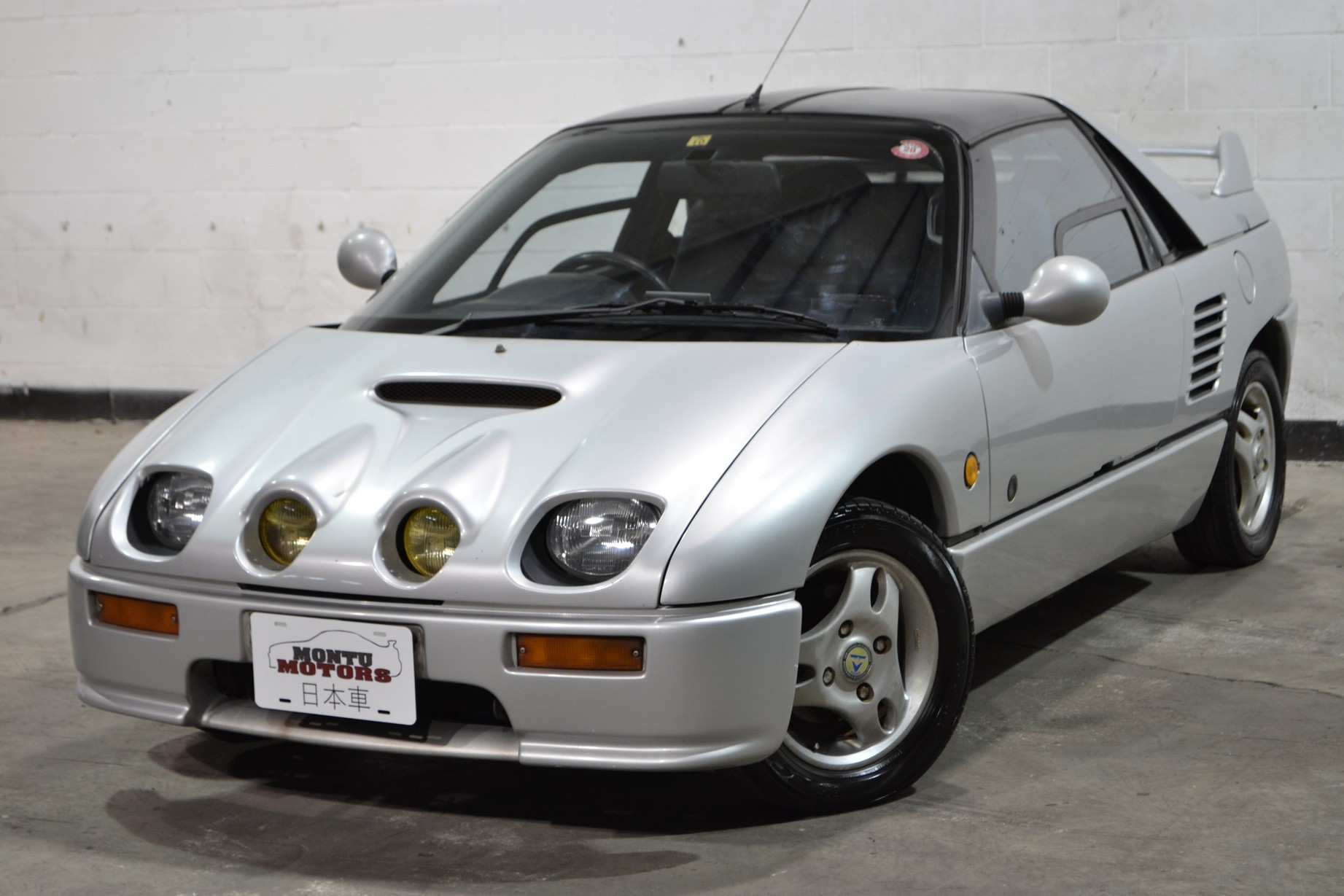 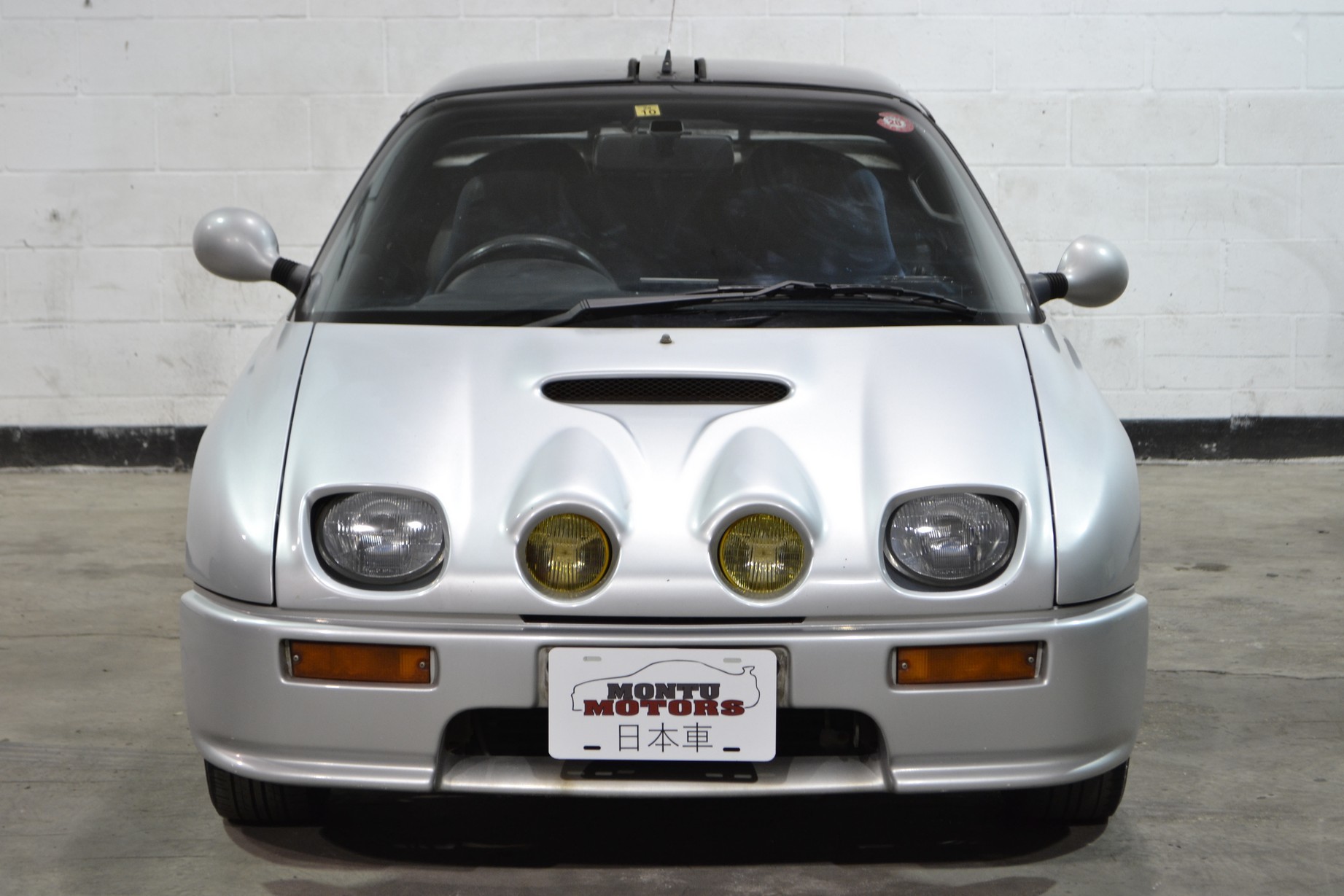 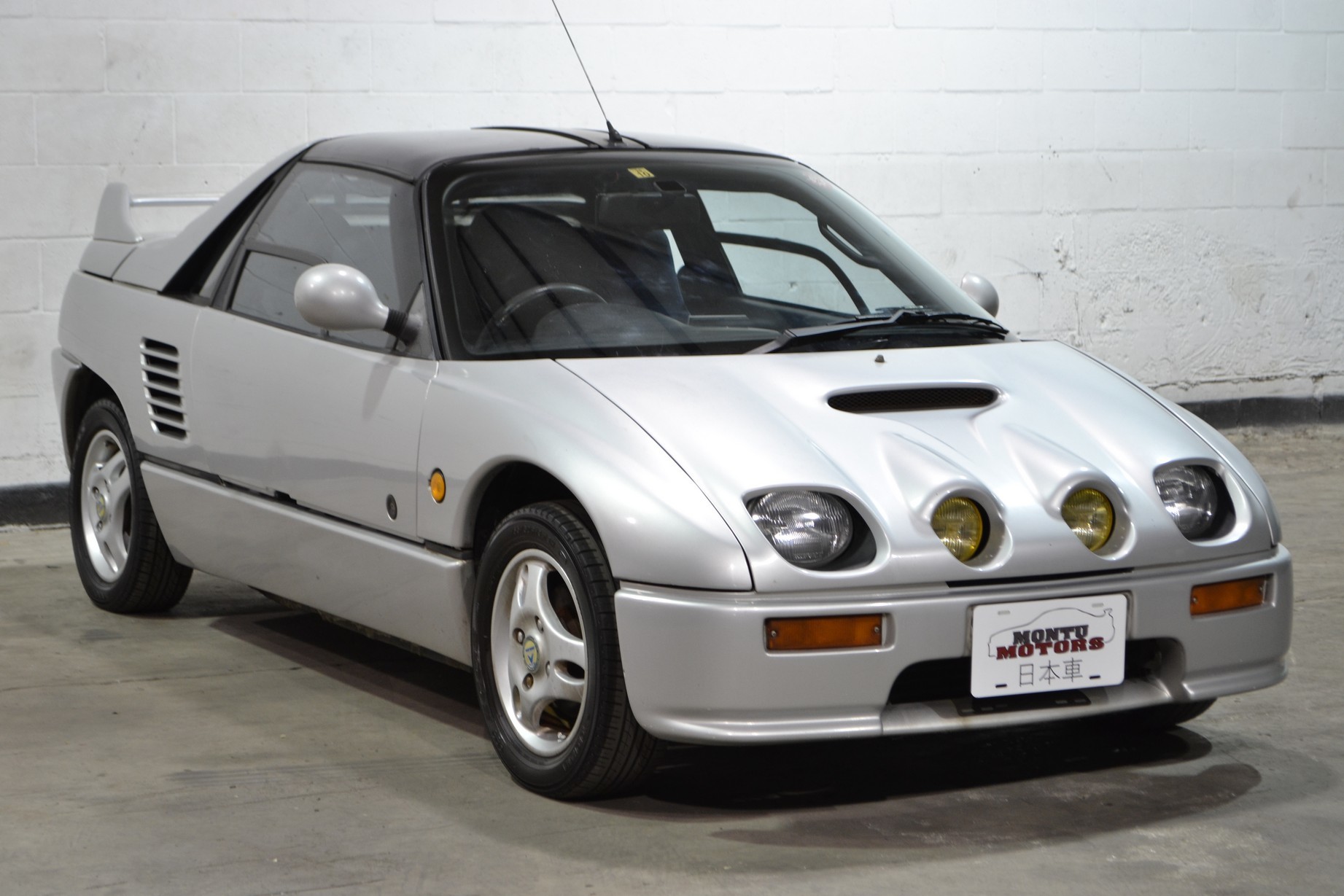 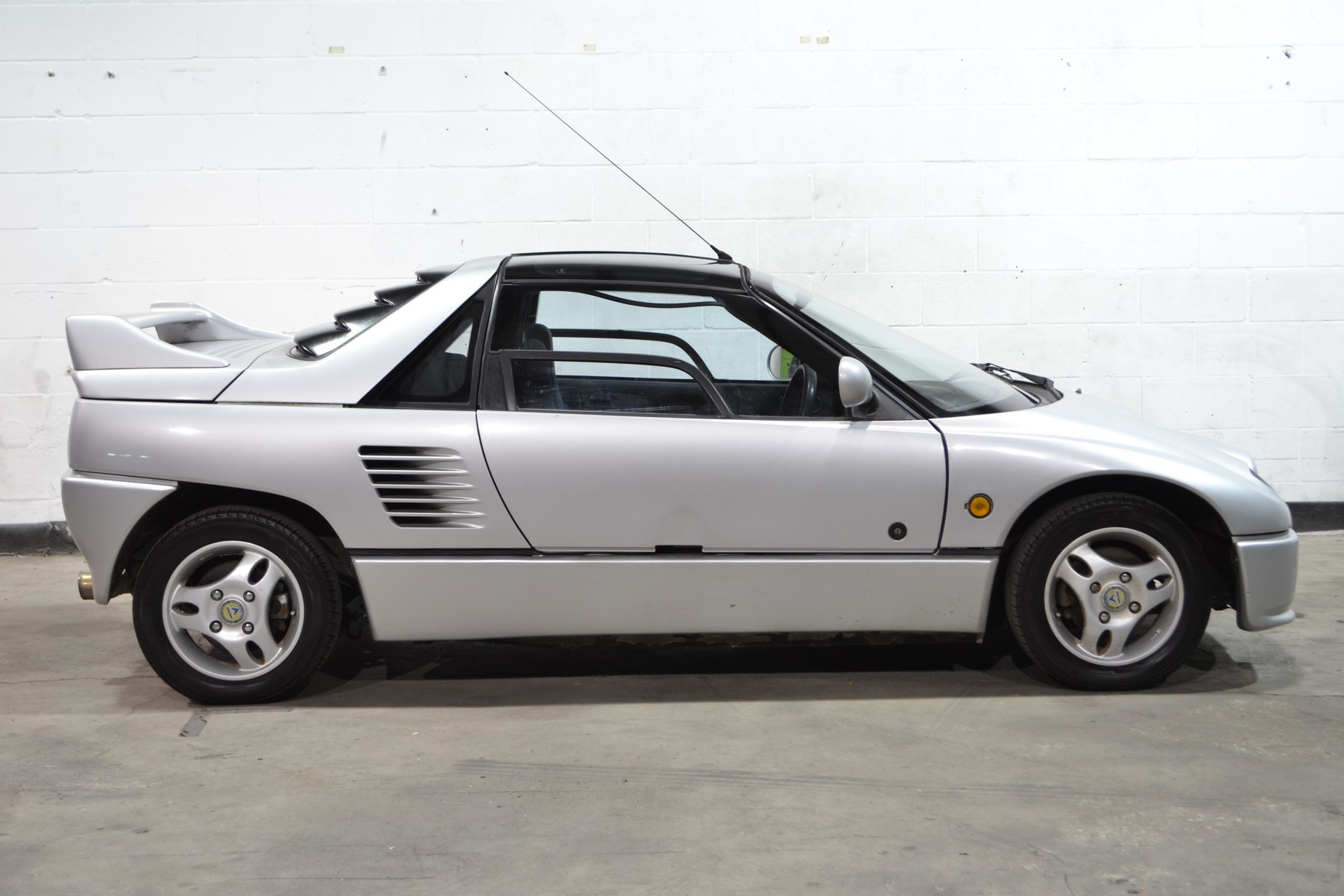 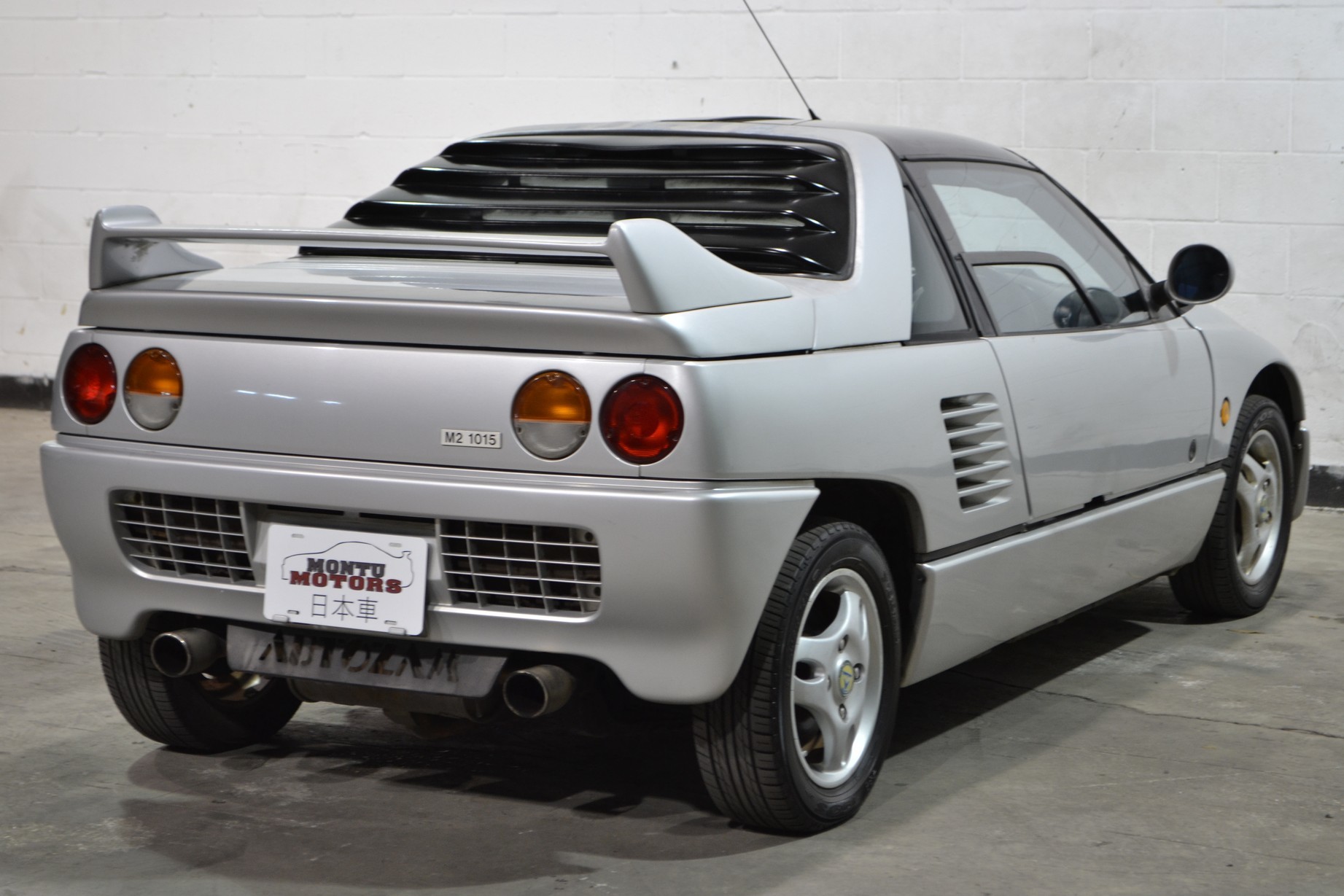 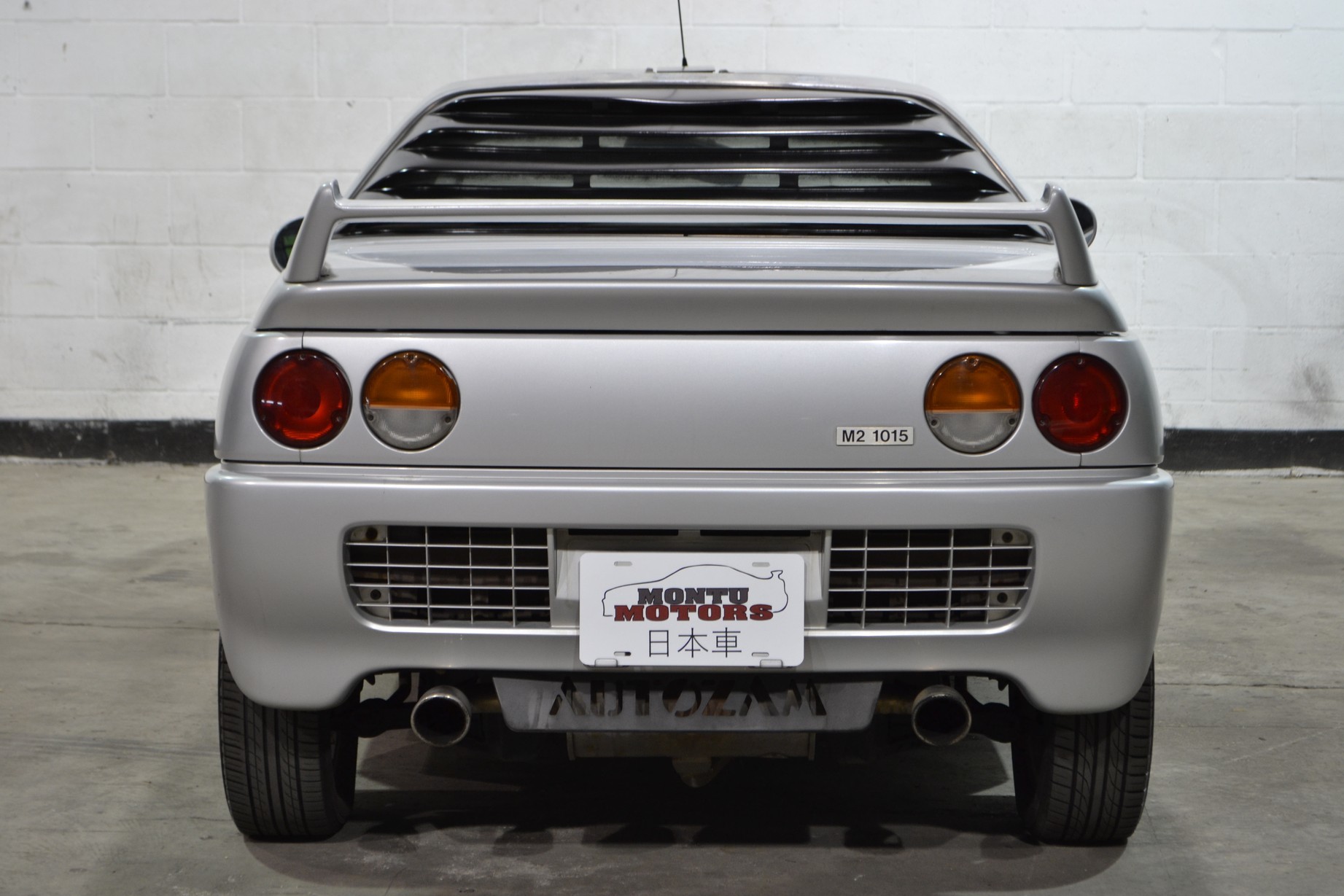 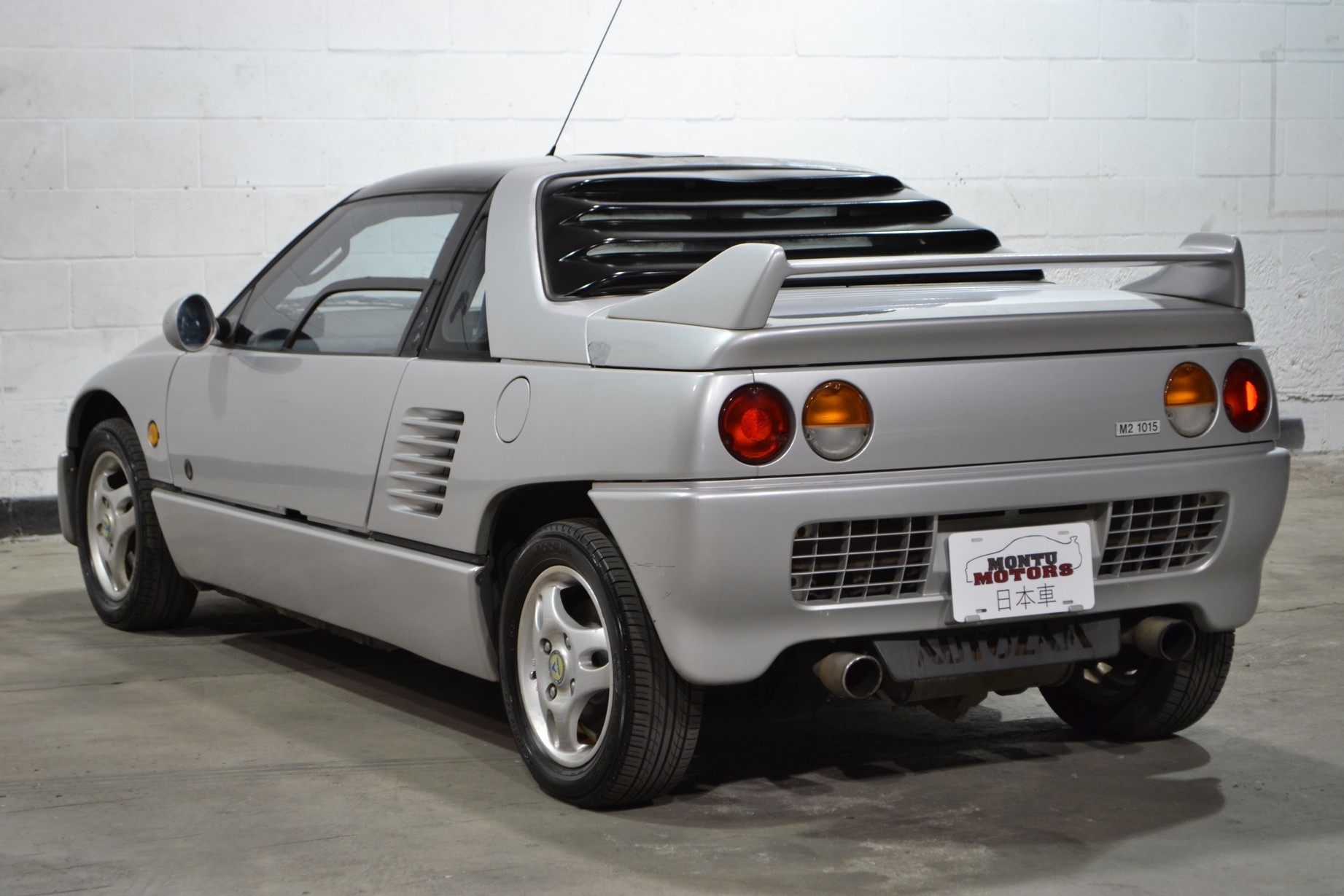 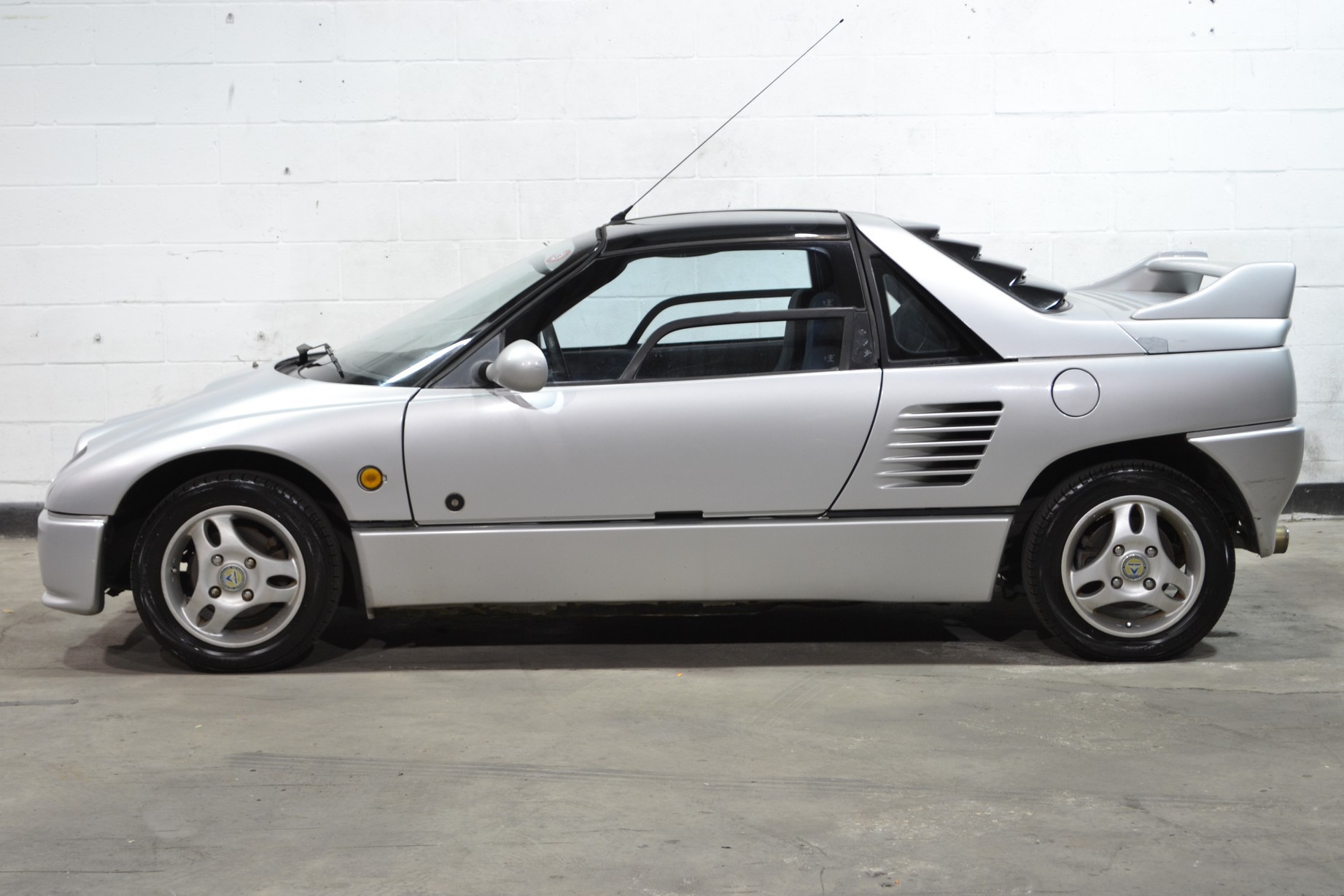 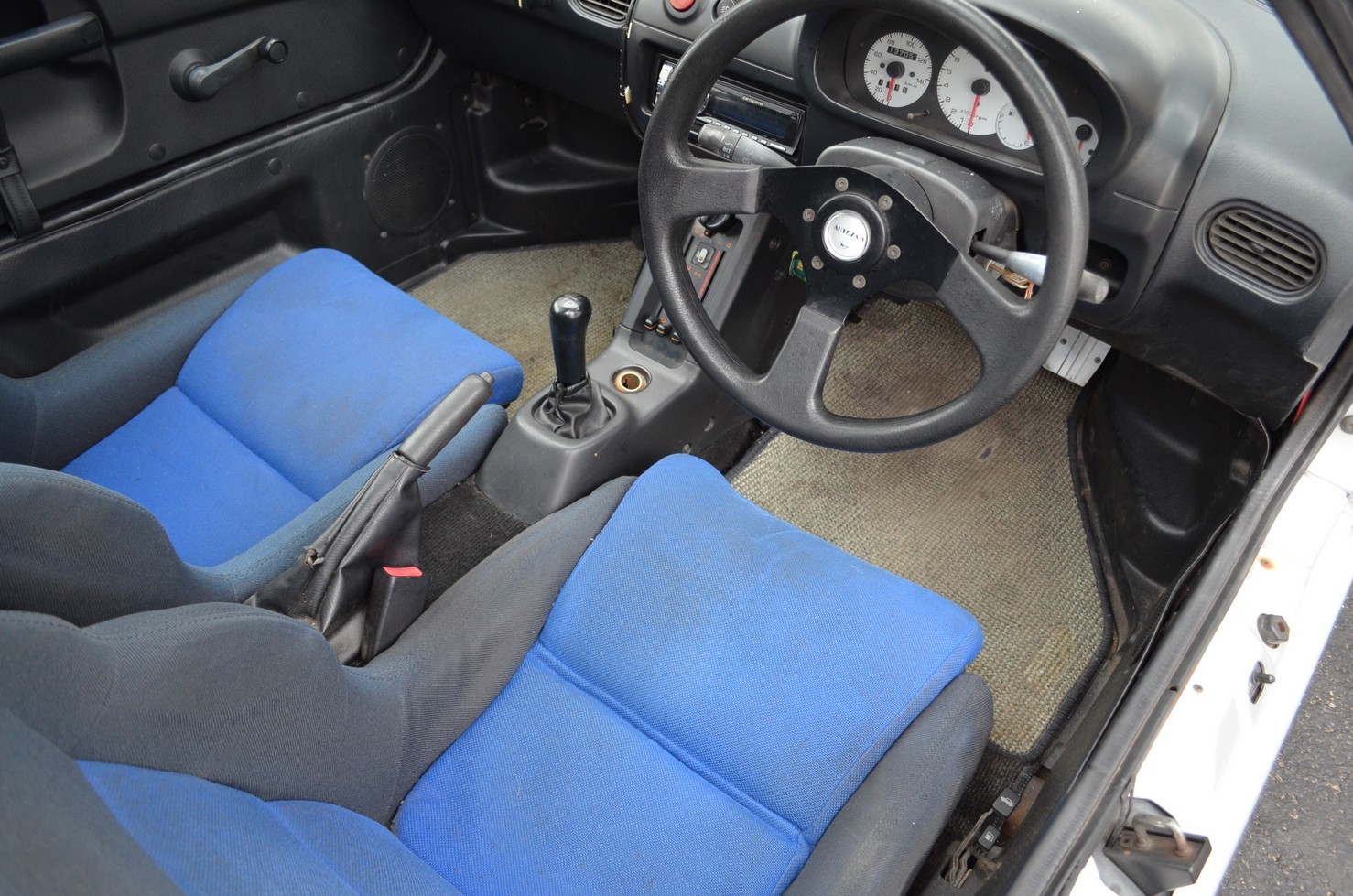 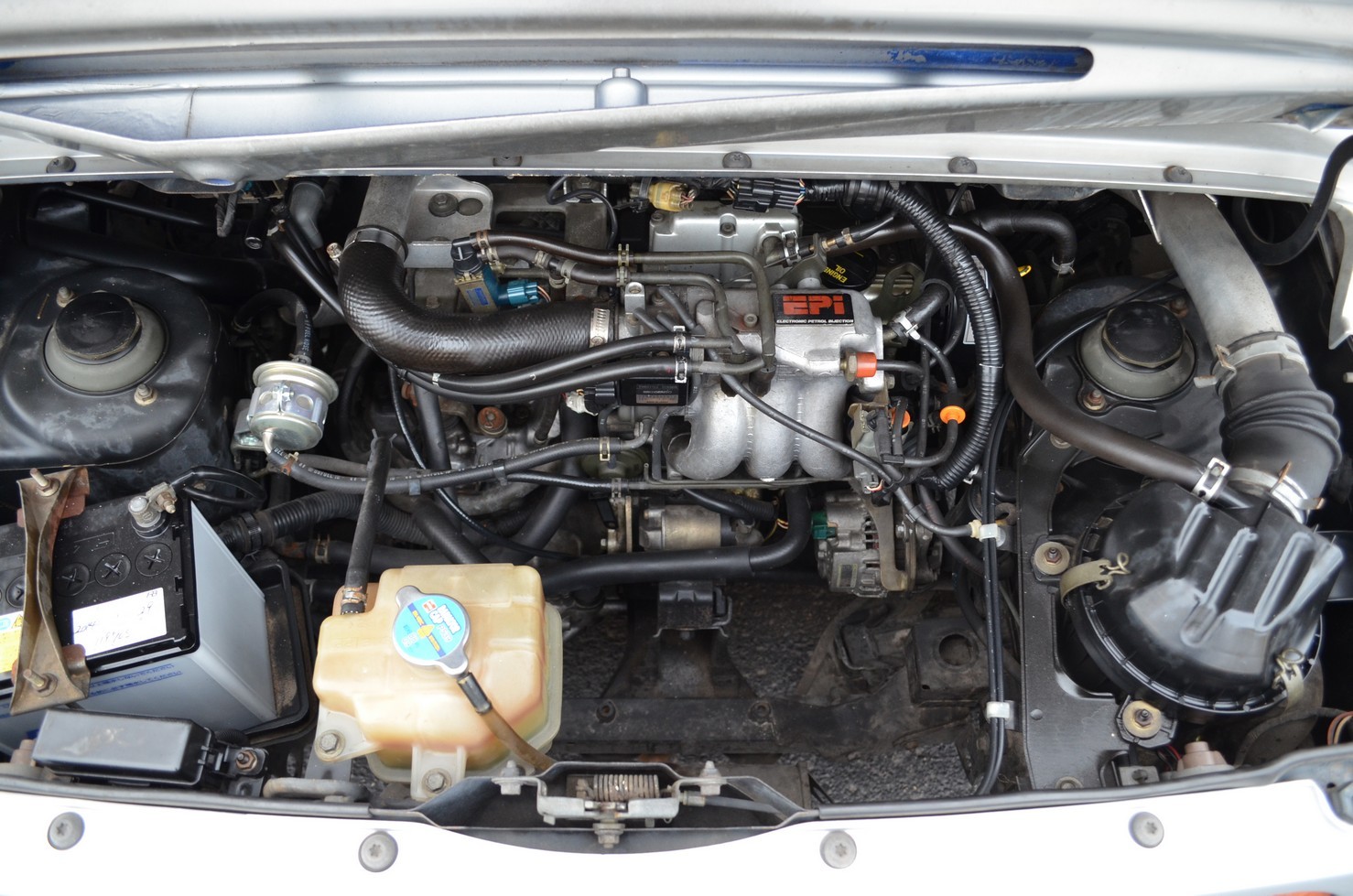 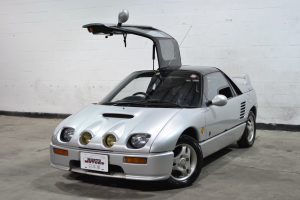 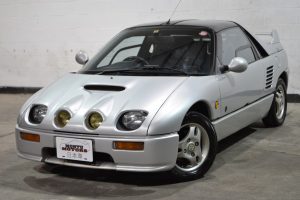 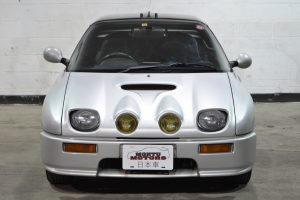 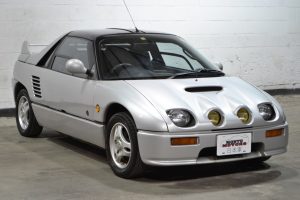 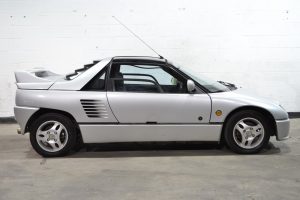 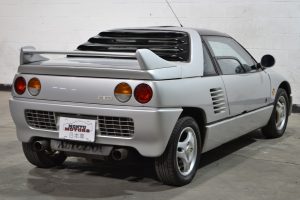 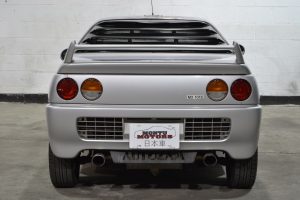 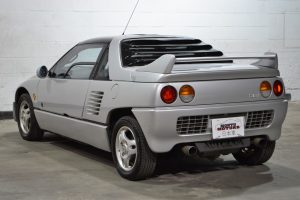 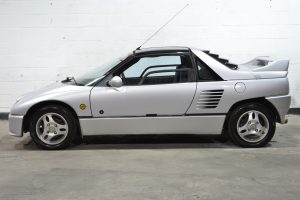 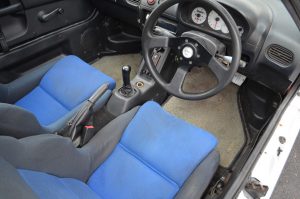 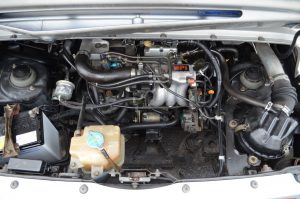 This AZ1 drives great. See below for more details.
This is the 5th AZ-1 off the production line.

Fifty M2 1015’s were to be produced and sold by the M2 dealer, but they only managed to sell about half of its stock. The dealer covered their losses by selling the body parts individually. This example has those body panels. A very rare feature!
Mazdaspeed muffler
Lightweight hood
Rear spoiler
Has some clear fade, normal for a 25+ year old car.

MAZDA AZ1 INFORMATION
Mazda produced the AZ-1 from October 1992 until 1995 as their sports car entry in the kei car class. Using the same 657cc 3-cylinder found in the Suzuki Cappuccino mounted in front of the rear axle, and paired to a 5-speed manual, the AZ-1 was a seriously capable and fun car. Mazda released a few special editions including the M2 1015, which included new bumpers and a spoiler in addition to fog lamps. The Mazdaspeed version included the cosmetic upgrades in addition to performance upgrades as well.